Liability Protection For Acts Based On Performance of a Discretionary Function 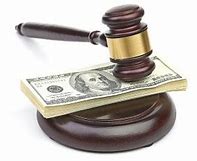 Many members of a Board of Health or other position that assumes responsibility for local public health (e.g., Health Commissioner) often ask “When making discretionary public health decisions in the line of duty, do I have any liability coverage offered by the State?”.  Massachusetts Tort Claims Act (G.L. ch. 258) protects “public employers” (state, cities, towns, municipal boards, including boards of health) from harm caused by the negligent or wrongful act or failure to act of any public employee who acted within the scope of his/her employment.  In addition, section 10(b) of the act protects public employers and public employees from any claim based upon the performance for failure to perform a discretionary function, whether or not the discretion is abused. The purpose of this protection is to avoid allowing civil claims to be “used as a monkey wrench” in the machinery of government decision making. (Cady v. Plymouth-Carver School District, 17 Mass. App. Ct. 211, (1983)).

If a public employer/employee needs to weigh alternatives and make choices with respect to policy and planning, that individual is exercising his/her discretion and therefore performing a discretionary function. For example, when a city decides not to incur the cost of erecting a fence on stairs near a children’s playground, or to remove snow from the stairs leading to that playground, the city exercised its discretion in how to allocate its resources.  The fact that a child in the playground died by sledding down the snow-covered stairs out into a busy street did not change the fact that the city made a policy decision on allocating funds and thus the city was not liable for the child’s death, even if the decision might have been ill-advised or unreasonable.  (Barrett v. City of Lynn, 433 Mass. 662 (2001)).

Negligent supervision of a truck driver’s operation of a salt truck during a snowstorm did not involve a discretionary function.  The fact that the town did not provide any instructions to the drivers other than salt both sides of the street was negligent.  Some drivers drove down the middle of the street to salt both sides and caused accidents and injuries to other drivers. (Ku v. Town of Framingham, 62 Mass. App. Ct. 271 (2004)).